The Observatory for the democratization of the use of data in organizations in France it underlines some paradoxes. Thus, the vast majority of French companies see data as an important tool in their digital transformation.

In fact, according to the survey conducted by Odoxa, 78% of them say they are already engaged in a process of promoting this heritage. Furthermore, 85% of decision makers consider the use of data as an important development axis. 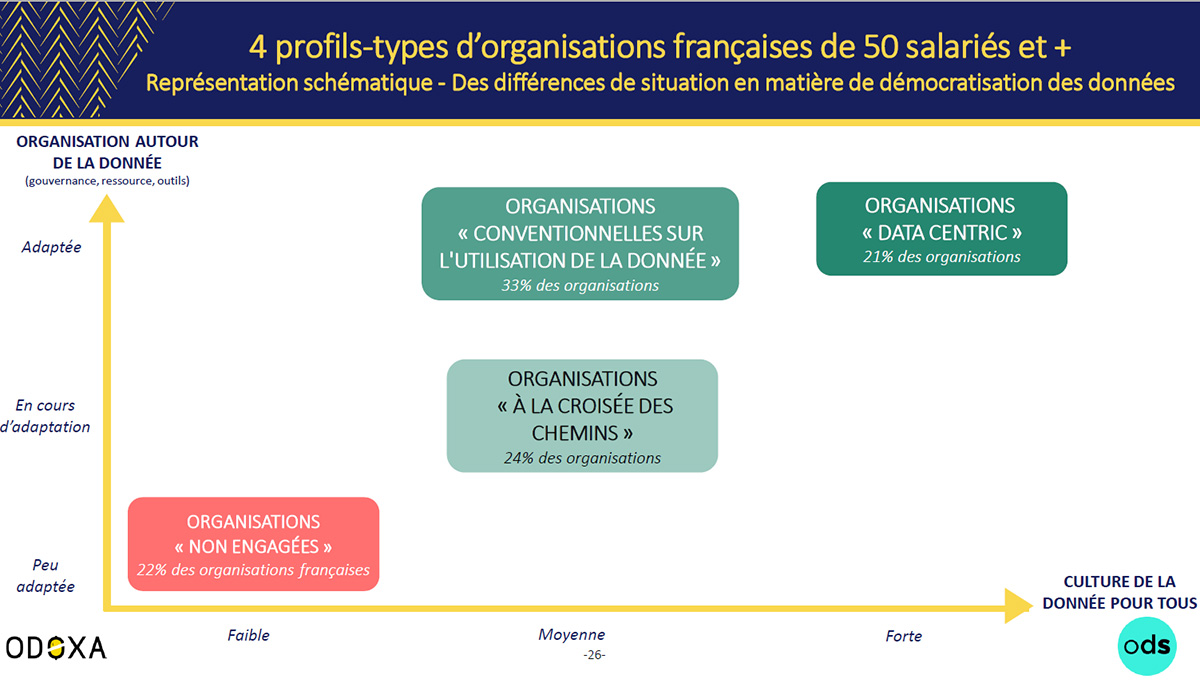 The most complex data to appropriate for SMEs

For 39% of them it is even considered a “priority”. It should be noted that this feeling is reinforced within large companies. Among organizations with 5,000 or more employees, 49% consider data a priority for development. This share is 11 points lower, at 38%, in companies with between 50 and 249 employees.

Several reasons justify this interest in data and its use. According to the study, these issues are an “essential aspect” of digital transformation for 82% of respondents.

77% also believe that the use of data encourages innovation, 76% that it improves employee performance and 74% that it contributes to better decision making. 53% even see it as a way to reduce personnel costs.

Despite these identified benefits of data exploitation, a gap remains between words and deeds. And this translates into a level of maturity of French organizations that can still be improved.

However, this room for improvement seems to be mainly the result of “last resistance”, rather than a lack of will. Thus, 33% of companies fall into the category of so-called “conventional” organizations.

They have almost everything to be “data centric”, the most mature family, and to which 21% of the interviewees belong. Governance, resources, tools… the conventional ones, mainly employing 5,000 people and more, have adequate means.

On the other hand, “faced with the last resistance on the relevance of disseminating a data culture for all, the comprehensive openness of data does not seem necessary to them”, analyzes the study.

In addition to conventional agreements, 24% of companies are “at the crossroads”. In total, Opendatasoft therefore estimates the share of French organizations “in the process of adapting” at 57%. 22%, on the other hand, remain “uncommitted”, i.e. without a data strategy, which is more data centric than 21%.

“The whole challenge for the coming years is to focus the remaining 79% on this path, to build the organizations of the future, resilient and transformed, capable of responding to contemporary crises”, comments Jean-Marc Lazard, CEO and co-founder of ‘opendatasoft.