The last launch of the brand with the Visconti logo dates back to 2017. This means that the new Alfa is a rare event, celebrated by car enthusiasts including us. The Tonale compact SUV will arrive in the French market in June, after … twenty years late. Did not the manufacturer of Milano origin present a perfection concept of such a car in 2002 at the Geneva Motor Show? Unfortunately, with the 180-degree changes in strategy the previous FCA group was accustomed to, that didn’t materialize. As a result, what was supposed to be one of the pioneers of the genre is now the last in the mid-size SUV, in the very crowded market segment, notably by the BMW X1, Mercedes GLA, Audi Q3, Volvo XC40, and Volkswagen Tiguan or other Peugeot 3008 and DS7 Crossback. It is now difficult to find a place in the sun.

So, a model dedicated more to confidentiality? no. Because the new Stellantis group, born in 2021 from the merger of PSA and FCA, has spoiled its model that is supposed to be a revival of the company born more than 110 years ago. If the model owes nothing to the PSA platforms because it was almost frozen at the time of the merger of the two giants, then Jean-Philippe Imbrato, the new director of Alfa Romeo, wanted to improve the engines, the performance of the future rechargeable version and … the manufacturing quality. In any case, this part “weighs 2.5-3 million cars a year, there is room,” insists, optimist, Jean-Philippe Imbrato.

The line is successful. With its curves, it is distinguished by the forms typical of the brand, elegant and sensual, balanced and simple at the same time, and not at all overly designed, which makes it closer to the older brother Stelvio. Exquisite Italian elegance far from the flashy overloads of competing coats. However, we can regret the lights’ lack of roundness, which would have made this Tonale a lot more creative. Because it looks suspiciously like the Jaguar E Pace. The family resemblance is even astounding, except up front where the Alfa grille and offset license plate fortunately give it a distinct feel.

The interior features two typical round dials, a flat dashboard, as on its predecessors from the ’60s and ’70s. This is accompanied by a great novelty: an actual level finish – finally! The plastics are of high quality, even if some details still need polishing before launch, the assemblies generally look serious. “When we arrived, we changed the quality of the plastic on the top of the dashboard,” confirms Jean-Philippe Imparato. There was no small noise to bother our test, even on a bad road. Encourage. Even closing the doors emits a very reassuring noise.

We also appreciated the easily adjustable driving position, and even, unusually, the satisfying spaciousness of this vehicle full of character. We are not handicapped as is often the case in historical Fez, unwelcome in the rear. So we feel good on board. On the other hand, we are more skeptical of the driving aids, which are annoying and intrusive … The anti-collision alert is particularly exasperating for its loud noise and early intervention once driving becomes sporty. What brand engineers know. However, changes must be made soon.

But the biggest disappointment comes from the coldness of all. No striped wood and no warm colors for the seats: beige, havana or red! There, Alpha has it all wrong. Why is this uniformly black interior like korean? Definitely this to simplify manufacturing! But these savings are infuriating. To an Italian woman, this banal sadness seems to us a lack of taste! Shame. This will disappoint the fans. 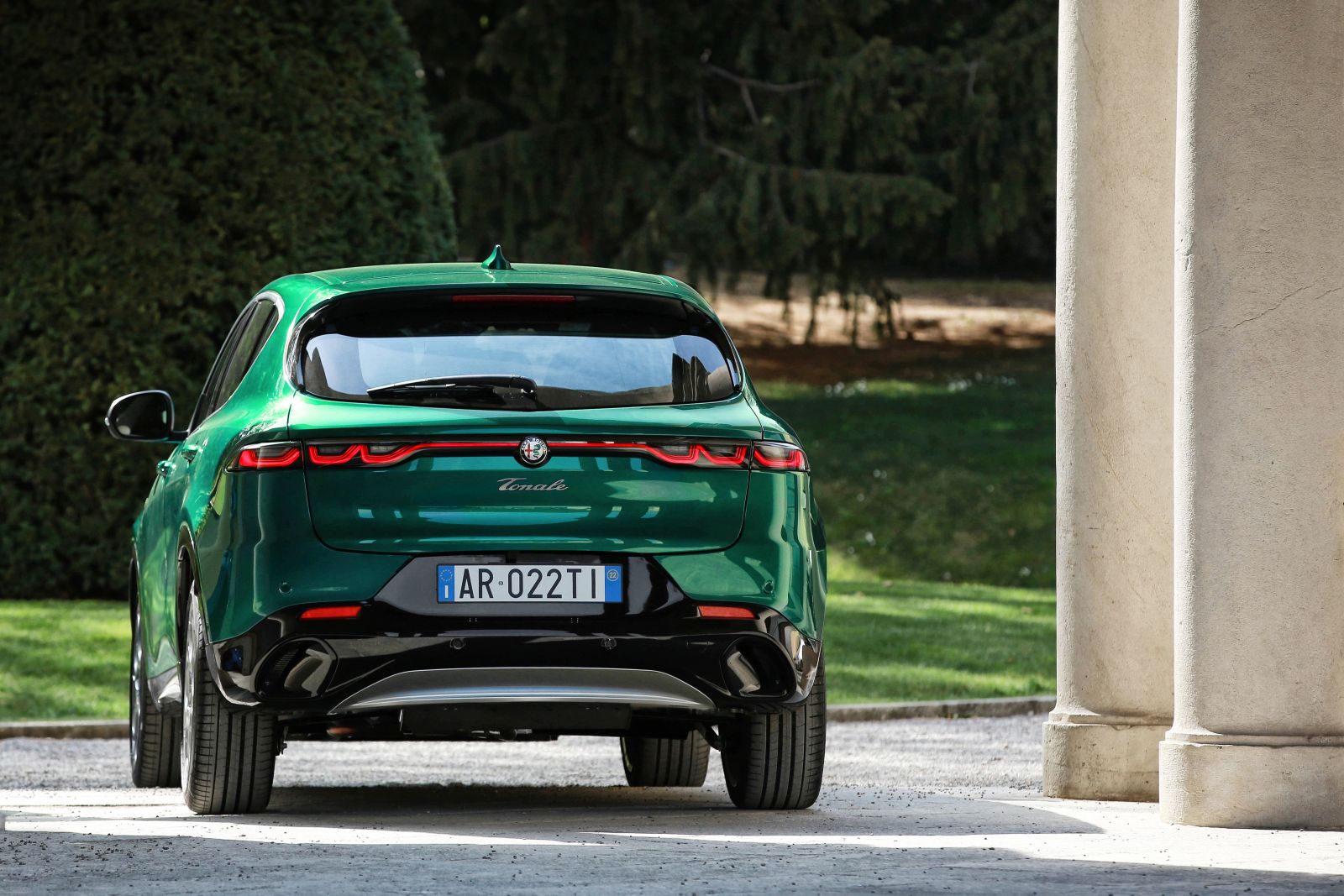 The 1.5 engine is an evolution of the modern FCA engines. It develops 130 or 160 horsepower, with a 48-volt hybrid, a variable-geometry turbo on the most powerful engine. It lacks a bit of responsiveness on startup and at low revs, then it comes alive and shows enough liveliness. Provided that the dynamic mode is selected or the dual-clutch box is driven manually. Performances, without being exceptional, do not conflict with such a car. With a lot of feelings. And this, especially since the seven-speed box is efficient and pleasant.

On a hundred-kilometer mountain trail around Lake Como in northern Italy, we swallowed 9 liters of unleaded. Not very economical at first glance. But it is true that we played a lot with the chest and the dynamic mode. To be examined in a longer test and a more diverse route.

The platform is close to that of the Jeep Compass, even if the settings have nothing to do with it. The road hold is excellent. The steering is a little light in a straight line, and it stiffens at more than 80 an hour. It’s a surprise but you get used to it. On the other hand, it proves to be very accurate in bends as the car turns easily. Emanating from this Tonale is sympathetic driving pleasure. The dynamic balance sheet is one of its strengths. However, comfort remains constant. True, our test version, the high-end Veloce, was fitted with massive 20-inch rims with low-profile tires, an extreme size to avoid when ordering. It’s best to fall back 18 inches, less drier. 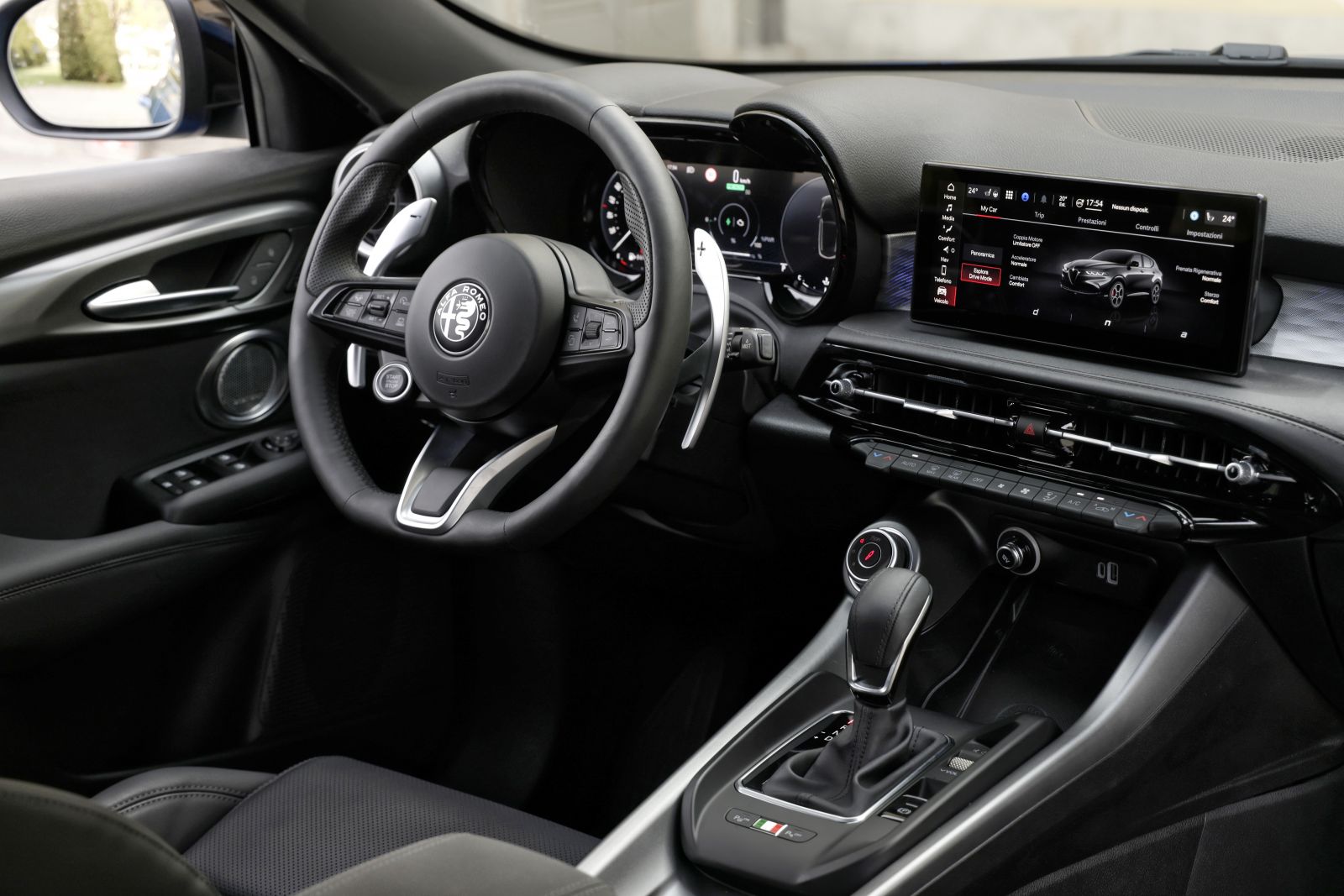 Prices at the level of competitors

This short test run convinced us that the car was a successful and likable one. It especially gave us the urge to test it out for a while longer. This Alfa reveals itself as a true Italian car, with its somewhat timeless elegance, the sportiness it offers, and the general refinement worthy of a “luxury” car. With addition, the quality one would expect is less than Transalpine. But Alpha could have been more cheerful. Sold from 35,400 euros (the basic super version, with a 130-horsepower engine), the Tonale goes up to about 41-42,000 euros in the definition of our test model, it’s very equipped and has thirty horses. The price is not yet public. The car certainly did not give. It is at the competition price level. Superior size and strength. Alfa also offers a five-year or 200,000-kilometer warranty, to reassure the barge about reliability. The first customers (70), which were delivered in preview in May, are also responsible for bringing up all possible small issues.

Jean-Philippe Embrato does not give sales targets. Production capacity at the Pomigliano d’Arco factory, near Naples, “75,000 units”. But a brand can do… less. However, the manager does not rule out being able to double Alfa’s annual volumes with this Tonale. The brand barely delivered over 56,000 Julia and Stelvio last year! In the second half of 2022 alone, the former Peugeot chief plans to sell 18,000 tons. In September and October, a diesel 1.6 with 130 hp and an automatic transmission will arrive. In October and November, it will be the turn of a hybrid version with a power of 275 horses. According to the company, the autonomy in pure electricity will limit 60 kilometers. This electrified version, a first for Alfa Romeo, should account for “40% of volumes”. This Tonale “will reopen the way for corporate fleets,” says Jean-Philippe Imbrato. The mediocre aftermarket network will still need to be improved. It’s in progress, insists this Frenchman of distant Italian descent.