Is the issue of a digital currency that respects the principles of Islamic finance a reality or a pure pipe dream? In any case, it is very fashionable, especially on the other side of the Rhine, in Frankfurt, where the financial technology firm Caiz Development is proud to be at the forefront of innovation in this industry, in an area that promises to be very promising.

In the agenda of its CEO, the visionary Jörg Hansen, Caizcoin and its decentralized blockchain, after being carefully evaluated and consulted with Muslim scholars, have moved from the idea laid out on paper to their dematerialized realization.

” Caizcoin is a Sharia based crypto token that will allow the Islamic world to join the blockchain network “, Explained Jörg Hansen, while wanting to be reassuring about the requirement of transparency, security and speed of execution of the operations that will prevail. 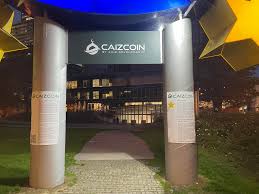 ” Before designing the token of this cryptocurrency, we discussed with Muslim scholars whether this work was legitimate or not. We worked hard to make Caiz compliant with Islamic law because we wanted to create an inclusive product that could be used by everyone “, he said, adding “This cryptocurrency will operate in an ecosystem where there will be” checks and financial balances “for all wallet holders. Only someone who has been checked and approved can enter the system. Caizcoin does not support participation in areas prohibited by Islam, such as alcohol, drugs, gambling and pornography. “

Far from being a utopia, the cryptocurrency compliant with ethical finance par excellence crystallizes many hopes, including that of being a miraculous source from which new opportunities will arise for millions of people, particularly in developing countries.

With this in mind, its founders, through the voice of Jörg Hansen, are committed to funding charities and supporting social causes. For example, Cainz Development plans to build children’s soccer academies in Singapore, Malaysia and Indonesia. It should be noted that the MENA region (Middle East and North Africa) is the fastest growing and most spectacularly growing cryptocurrency market internationally, accounting for 9.2% of global crypto transactions. – currency from July 2021 to June 2022. Second the Strategy & Consulting Institute, about 22% of the population within the Persian Gulf Cooperation Council region and 60% of the North African population are without banks.

” We will have a “Caiz Wallet” and an app so that people can access the system without a bank account, only from their mobile phone “announced Jörg Hansen, the happy designer of the” Sharia compatible “cryptocurrency with enormous potential.