Netflix Success Series campaign to survive Alone, she will give the passion for Formula 1 to a new generation of fans. But for how long? Even if the Hamilton, Verstappen or Leclerc cars are more and more responsible for the environment, they are still far from completing their transformation. To get right politically and environmentally, they will have to go much further.

The problems facing the Formula E Championship in a way point the way to the next generation of motorsport. Two of the top manufacturers, Audi and BMW, have already left the game at the end of the 2020-2021 season. Mercedes should do the same this summer. For Formula E to have a future, it will undoubtedly have to abandon the electric propulsion with the batteries it has used since its inception in 2014. Without waiting for the fourth generation of single-seaters, planned only in 2028, the founder of the competition did not hide that, other than the expected more powerful engines For the 2022-2023 season, anything is possible. In other words, the use of hydrogen would be within the scope of the license granted by the FIA. Because battery-powered racing cars are showing their limits quickly. Low autonomy, weight of batteries or supercapacitors becoming a hindrance and relatively limited performance.

The fuel cell allows an electric motor to run with greater range, less weight and ultimately more power and longer operation. The famous Automobile Club de l’Ouest, organizer of the 24 Hours of Le Mans, is already making its rules to allow such a prototype to race in the 24 Hours of Le Mans. The project was called Mission H24. For its part, last year Hyundai presented its hydrogen-powered supercar project to take on Toyota, Peugeot and even Ferrari at the legendary Le Mans circuit. This is where the future of motorsports lies in the eyes of Thomas Chimera, Hyundai Executive Vice President.

In fact, the brand’s Vision FK concept is a hybrid that combines a hydrogen fuel cell, Rimac-developed electric powertrain and rear-wheel drive. Fuel cell technology promises to be 50 percent more affordable than it currently is, and which should be adopted in its hydrogen-powered cars and trucks next year. The Vision FK prototype displays a maximum power of over 500 kW. It offers a range of 600 km, for a recharge time of twenty minutes, and goes from 0 to 100 km / h in less than four seconds.

The other major hydrogen vehicle manufacturer with Hyundai is Japan’s Toyota. Since 2015, models powered by a fuel cell have been marketed. The latest version of the Mirai zero-emissions four-door sedan was introduced last year. But the GR Yaris H2 unveiled at the end of 2021 is of another caliber…it’s definitely a true hydrogen-powered little sport beast. 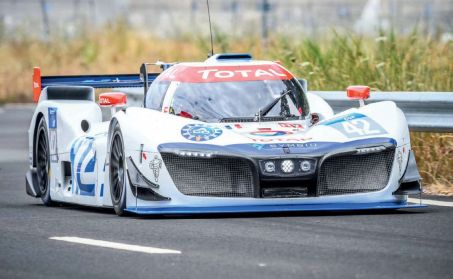 In fact, this city car is usually powered by a 1.6-liter turbocharged and three-cylinder engine that produces 261 horsepower. The GR Yaris H2 retains this engine, but this time it runs on another fuel: hydrogen, stored in two tanks. To do this, it was necessary to modify the fuel supply circuit and the engine injection system. To test the technology, Toyota has already been testing it in competition since May 2021 in Japan on the Corolla Sport. It’s no longer about electric motors and fuel cells, it’s about hydrogen instead of gasoline in an internal combustion engine.

A priori, dihydrogen in the gaseous state would make it possible to obtain performance equivalent to those of conventional unleaded fuels. But at the moment, the Japanese manufacturer only talks about a prototype in the experimental stage, without saying anything about its true power and performance. Until then, the experiments of other manufacturers, such as Mazda or BMW, did not prove conclusive. But they used hydrogen in the liquid state, not in its gaseous form. According to Toyota, “Hydrogen combustion engines achieve nearly zero emissions while delivering the same feel as gasoline engines. Hydrogen burns faster than gasoline, resulting in good engine vitality, while delivering excellent environmental performance.” 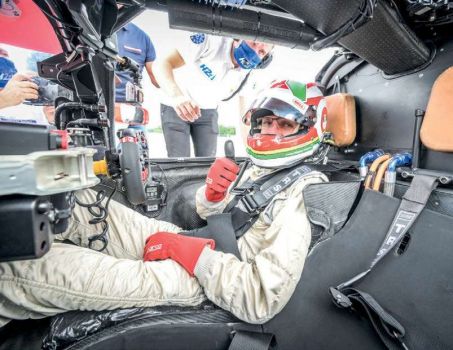 The fuel cell path looks the most natural

If this technology has the advantage of preserving internal combustion engines, it seems to belong to the past, not the future. Electricity will impose itself one way or another, including in motorsports. The fuel cell pathway seems the most natural, but the boom won’t be very fast. For hydrogen to power sports cars, there are still many technological hurdles to overcome. In particular, it will be necessary to increase the forces that the fuel cell can provide and to find a way to make the supply of this energy more immediate.

The Automobile Club de l’Ouest, which organizes the 24 Hours of Le Mans, is organizing tests of hydrogen cars as part of the Mission H24 programme, as here in Linas-Montléry, in 2020.