Since last spring, small educational signs can be seen in the fruit and vegetable departments of the Casino’s sales points aimed at informing consumers about the prudent aspect of their purchase by referring to the seasonal nature of their choice. An approach developed in collaboration with the chef of Mirazur in Menton (three Michelin stars) Mauro Colagreco.

To convince you that Mauro he’s the man for the job, all you need to do first is come to him for lunch or dinner Riviera restaurant majestically overlooking the Mediterranean. Reading the menus, in particular the one entitled “Universe Mirazur in Four Variations*: Mirazur Roots: the earth whispers a menu inspired by the set of roots available, Mirazur Leaves: a journey guided by the movement of the sap in the plants, Mirazur Flowers: a menu that highlights the expansion of beauty with the set of flowers available in the gardens, Mirazur Fruits: the regenerative force of nature inspires us a menu with all the fruits available, a sensory journey, rhythmic through the variations of the biodynamic calendar meeting plant essences , terrestrial and marine of his universe”. Despite the beauty of the moment, in a parade of suggestive slabs that keep their visual promise, that would not be enough. To be convinced of this, one would have to walk the few hundred meters that separate Mauro’s restaurant from his house and even more from the two magnificent sunny terraces that house his gardens. His people, those who make his furniture his source of inspiration and above all his happiness. They are not the only ones that he looks after with passion with a team of eight gardeners led by a qualified agricultural expert who is as passionate as him: two other larger gardens a few kilometers away provide herbs, plants, vegetables, the fruits necessary for art of him. And when he isn’t making them himself, Mauro Colagreco buys them: a delicate exercise in which he too excels. 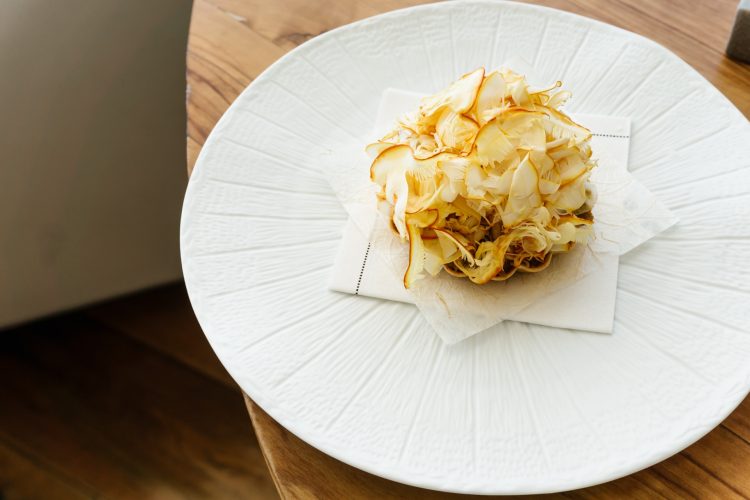 Furthermore, when he was contacted by Casino, he was very skeptical about the “Seasonality Barometer” project that the chain of stores intended to implement. The “True flavor of the seasons”, Mauro knows what the term means. It was still necessary that there was a real resonance in the facts. And check it out! By meeting, for example, the official suppliers of the brand such as Jean Charles Orso, an exceptional gardener based in Mandelieu la Napoule and supplier of the casino for 40 years, Bernard Auda, another recognized gardener from Nice who has a 25-year partnership, or even Frédéric Thibaud, a farmer from Alleins (13) whose strawberries have delighted the brand’s customers for 28 years… there are many of his men on earth who have been singled out for their commitment. His meeting with Tina Schuler, Managing Director of Casino Supermarkets, Géant Casino and Casino Proximitéswas decisive. He wanted to show them in the field, i.e. in the various supermarkets of his group, that the implemented policy found its outcome in the departments concerned.

We also wanted to check out the facts of this seasonal campaign. Especially in times of “shopping fever” such as the end-of-year holidays, which do not always know the limits. The signs are there, perhaps a little too small, but they have the merit of existing and of reminding our fond memories of the seasonal nature of the desired product. This barometer is divided into three zones: Beginning or end of season, High season and low season, the central green indicates the best time to taste it (and above all to buy it) while the red clearly indicates who is present with the product. now is not the right time. And Casino to clarify that “this product is grown despite the current season, that its production has been forced or that it is produced far from the place of consumption”. You have been warned!

Today we should know it, but it is good to remember some basic principles regarding our purchasing and consumption attitudes. And when talented chefs like Mauro Colagreco talk to us about this – forgetting for a moment that this Argentine chef performs like his trio in a shirt – one can easily be convinced of the accuracy of the statement and of this struggle at every moment for the preservation of our planet. His fight is so fair that he has just been named Goodwill Ambassador for Biodiversity for UNESCO, the first leader in the history of this institution.

<<< Read also: France plans to phase out plastic packaging from fruit and vegetables within four years >>>