A study of 668 mother-child pairs shows that maternal blood pressure during pregnancy it is associated with the level of expression of placental genes involved in the development of the respiratory system of the unborn child. These results strengthen the knowledge on the role of epigenetic mechanisms in the evolutionary origin of diseases.

Data on the influence of environmental factors on children’s early development is accumulating. Population studies suggest, for example, that the air pollution that pregnant women may be exposed to is associated with poorer respiratory health in their baby after birth. These anomalies could be mediated in particular by an increase in maternal arterial pressure and by dysfunctions of the placenta, a crucial organ responsible for nutrient, gaseous and hormonal exchanges between mother and child. The underlying mechanisms remain to be described more precisely in order to prevent their consequences.

At the Institute for the Advancement of Biosciences in Grenoble, the Environmental Epidemiology Applied to Development and Respiratory Health (EDES) team works to identify avoidable environmental risk factors associated with impaired growth, neurodevelopment and respiratory health in children. Researchers Lucile Broséus and Johanna Lepeule studied epigenetics, i.e. the chemical modifications of DNA that modulate gene expression. ” A growing body of work suggests that the epigenetic changes that occur in placental cells are a reflection of environmental exposures during pregnancy, placental functioning, and the course of pregnancy.explains Johanna Lepeule. To study these changes, we often measure the level of methylation DNA, one of the best known epigenetic mechanisms. »

After showing that exposure of pregnant women to air pollution is associated with changes in the methylation of genes in placental cells – particularly at the level of genes known to promote hypoxia (lack of oxygen) or pre-eclampsia ( hypertensive disease related to placental dysfunction) – the researchers wanted to evaluate placental epigenetic changes associated with maternal blood pressure.

This work was conducted with 668 mother-child pairs included in the French cohort EDEN. During this study, the blood pressure of pregnant women was frequently measured and recorded. In addition, a placental tissue sample was taken and preserved at the time of delivery. This allowed the researchers to conduct two types of analyses: On the one hand, we demonstrated that maternal blood pressure is associated with methylation levels in 64 regions of the genome, a large number of which are known to be involved in infant respiratory development. On the other hand, this association was found to be partly related to changes in the cellular composition of the placenta. However, this composition had hitherto been little considered in this type of study. »

These epigenetic marks could have a long-term effect. They may in part explain the associations between exposure to air pollution (or other environmental factors) during pregnancy and the infant’s respiratory or neurodevelopmental health after birth. They consolidate the DOHaD theory (Evolutionary origins of health and disease)suggesting that life-course health and disease occurrence are based on early mechanisms that occur already in the period in the uterus. Furthermore, the researchers now want to see if it is possible to directly link their observations with the child’s respiratory health. ” We want to study the impact of these placental changes on neurodevelopmentdescribes Johanna Lepeule. For this, we will continue to work on the data from the EDEN cohort, but also on those collected in two other French cohorts: PELAGIE And SEPARATIONS. By combining these data, we should get more robust results. Once the links and mechanisms between early exposure and subsequent health problems are described, it will be easier to prevent them. ” In the long run, why not envision drugs being developed to correct these methylation levels? asks the researcher.

Lucile Broséus and Johanna Lepeule are respectively a postdoctoral researcher and researcher on the team Environmental epidemiology applied to development and respiratory healthat the Grenoble Institute for the Advancement of Biosciences (unit 1209 insert/CNRS/University of Grenoble Alpes). 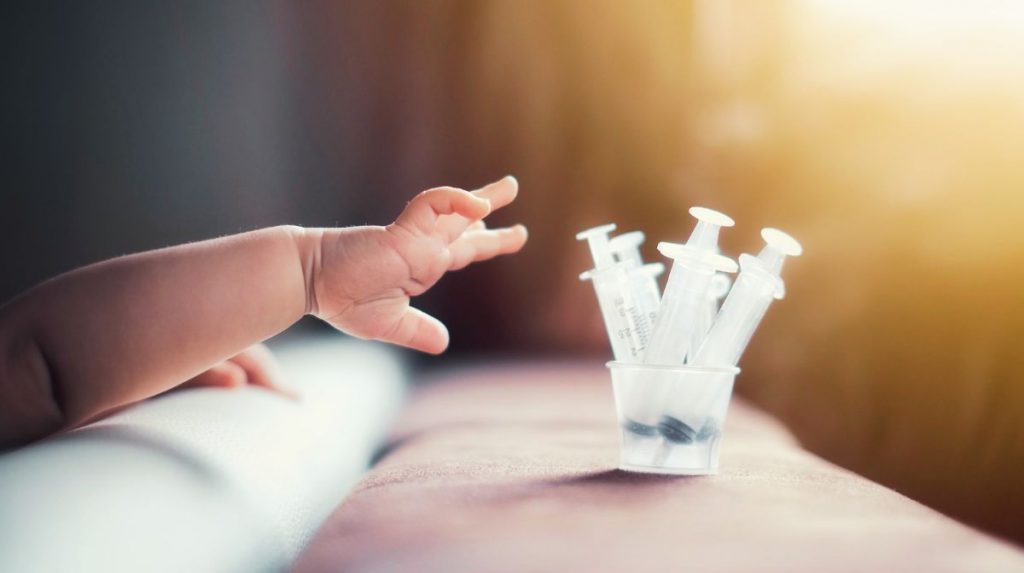